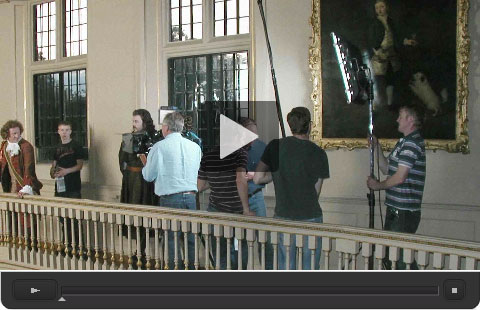 The Crew
Paul Ashby (UK Producer), Chris Openshaw (Director of Photography), and Elizabeth Pinto (UK Production Coordinator) discuss the challenges and advantages of a historical drama with the costumes, stately homes and gardens, and the actual castles where the history was made. 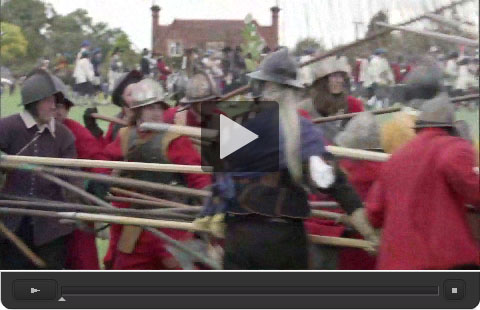 The Re-enactors
Paul Ashby (UK Producer) shows the many re-enacting groups that added context and dimension to Broadside’s historical narrative of the 17th century. 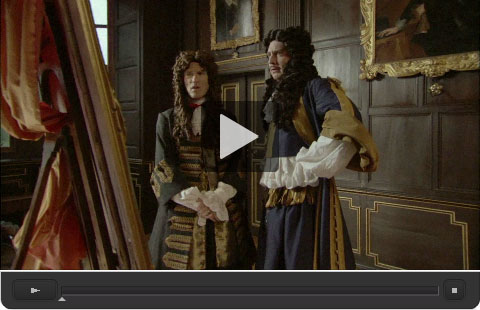 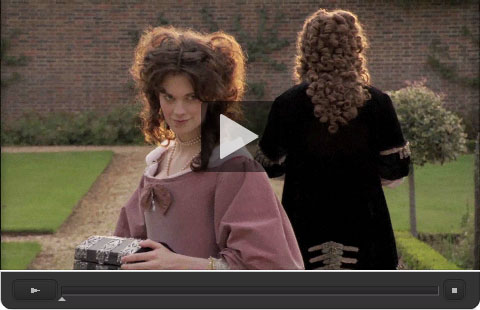 The Ladies
Selina MacDonald (Louise de Kerouaille) and Jessica Clarke (Henriette) discuss the challenge of corsets and the effects of the air brush, and along with Milan Alexander (James, Duke of York) show how the costumes helped create their characters.